Whole world on the Tara’s rapids 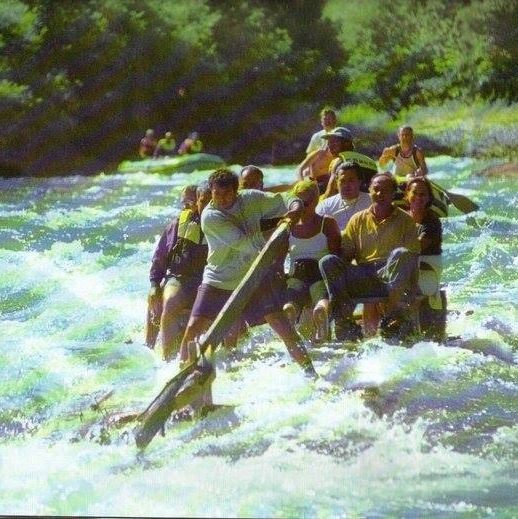 Tara River during the weekend flooded the lovers drifting from Israel, France, Slovenia, Italy, Serbia and Montenegro … So far, the tourists almost all the countries visited on this unique jewel of nature under protection of UNESCO, said longtime rafter Goran Lekovic.

Rafting Tara, which many call the other, Colorado, is a unique event. The clean mountain rivers, “Tear of Europe”, originates on the west side of Komovi and flows through a deep canyon to 1300 meters. The right to enjoy the descent down the rapids of the Tara and admire its beauty. She has great hydropower potential, but it should be preserved for future generations.

Citizens around the world come to this beautiful river rafting or rafting, because nowhere else have so nice to experience. Goran Lekovic, President of the Association of Rafters “Triftar”, which from 1984 was engaged in rafting, shows that almost no one country whose tourists are not coming to Tara.

Optionally organize rafting on traditional wooden rafts, and most of all rubber rafts for ten to 15 persons. Visitors were able to see the sparkling river Ljutica, the shortest in the world, less than 200 meters in length, with a thousand liters per second. Ljutica style names from the force looks white, impetuous and quick, and the left side flows into the Tara. The following is a break below the magnificent bridge on Tara over a hundred meters high above the river, whose large arches resemble an eagle with outstretched wings. The view from the boat is lost in that year and the unreal blue of the sky. Downstream from the bridge was restored medieval monastery of St. Archangel Michael in the canyon, in the beautiful countryside that attracts tourists. And the last stop is a one-day rafting Žugića port, where it is possible to swim in the ice Tara whose water temperature is only 13 degrees. Then in the camp organized lunch for the participants rafting or rafting.

It remains an unforgettable memory of riding its rapids, whirlpools and rapids through to seven meters, with mandatory circumvent Piva stone and other stone barriers.